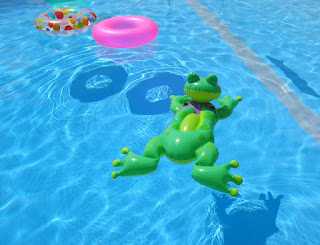 Got to be honest not being sat near the usual type of work colleague in Corporate USA is strange, in a good way though to be fair.
The usual colleague invariably has some standard landscape incorporating wife, kids, SUV or two perhaps maybe an ego-midlife crisis car, jumbo mortgage and all the accompanying stress of being overburdened with finance. Right now that's not what I have though. Per my last post I have a semi-FIRE colleague who pretty much shares the exact same mindset as mine which I can vouch is very rare in this corporate world.
So how is that playing out? Well invariably we'll break from work to hold the occasional discussion along the lines of "what the fk are we doing here?" these are the thoughts you tend to have in those quiet, alone moments where you realize you've actually come back to work. Yes, you're working when in reality you don't honestly need to.
Now granted our days only overlap once per week, (I work Mon-Thurs and he does Thurs-Sunday) but it has become something I look forward to, not just because Thursday is my end of the week even though yes that helps but just being able to talk to someone on the same page is very refreshing.
We both still agree there's no point being out there traveling the world right now, it's just too restrictive to even be bothered. If you're gonna be free...be FREE, not kinda-ish free.
There is even some goading into "do you think you'll work the full 4 year contract?" with the agreed response that it feels like a heck of a looooong time in a short life.
It's a job not a jail though, we could both leave tomorrow and not bat an eyelid. I remark it's a good problem to have, deciding the day you know you'll quit again. Not many in the whole place have that option.
Our boss on this project is also due to retire at 62, he said this week he's looking at Jan 2023. I joke we could all share a big retirement party, then we kinda feel guilty about the place losing 3 employees on the same day. Only briefly though so maybe that will turn out how it goes.. nobody among us wants to be left holding the baby.
I also think about Cowes sometimes.
I mean there's a paid off house over there newly remodeled, fully furnished with a car outside ready to go...would take zero effort to simply up and go and resume our old life. So there is zero job insecurity stress.
It's not so bad of a gig though. But definitely think it's my last ever. Ever ever. No more this time..done kind of job. Once I know we can head back to Isle of Wight and go travel over the winter months unrestricted we'll be right back at it. When is that? Not a clue. Honestly, I don't know who can answer that.
But Friday, Saturday and Sunday aren't so bad though. 1st of October and I'm still in the swimming pool with Mrs DD4L sunbathing nearby.
No Ironman swim training, no 100 metres butterfly, just floating on my back. That is all. Get in the water and just lie there staring up at the clear sky and occasional cloud. Same as I did back in Chiang Mai, Phuket, Cambodia or wherever we've been the last few years with winter sun. Almost to the point I'm falling asleep. 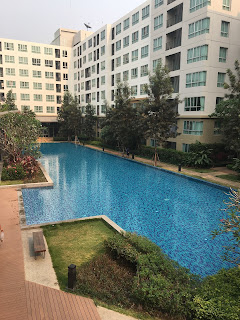 House here is almost completely de-renter-ified now and feels more like our home again. Still need to put up a small fence but for the most part that's about it I think. Hopefully if we last out the 2 years we can avoid capital gains and sell it to put the proceeds towards a bigger place back on the Isle of Wight, we'll see.
Trades-wise it's been a strange old month with some re-shuffling going on. Unfortunately we got shaken out of Farmland Partners (FPI/B) Preferred's when they announced a mandatory conversion over to the common with a lowly 1.5% yield. Time to move on which is a real shame because I was getting used to indirectly owning farmland, with a 6.7% yield. Only have LANDO left now which is kinda sad.
With the proceeds of Farmland Partners we pivoted over to Arbor Realty's new ABR/PRD and PRE issues. Not paying quite as much as our outgoing Farmland yield at 6.375 and 6.25% but hopefully much longer call dates going into the 2025 time frames.
Also sold out of Singapore Telecoms (SGAPY) and PPL after a few years of ownership, the latter is about to experience a dividend "reset" pretty soon due to the sale of it's UK business so we're getting out ahead of the drop this time. Maybe PPL is solid long term business after it rights itself longer term and becomes a purely US utility it's just preferable to switch to building on the Pinnacle West Capital Corporation (PNW) position for now.
Anyways that's all for now. Back to floating...
Long ABR/PRD, ABR/PRE and PNW.
Love to all,
DD4L
Posted by Diversifieddividends4life at 6:29 PM