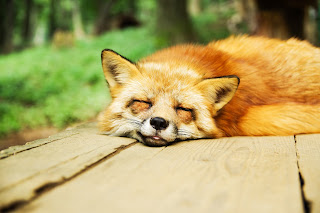 Ok maybe this one can be filed under some kind of psychology post perhaps.

I can honestly say I've had what might be called a notable phase change in the last 2 weeks, in particular I'm referring to my mental state.

Since we're about 2 months away from the 1 year anniversary of my last employment finish date it looks to me like it takes this old body a total of 10 months to uncoil from the stress and rigors of full time employment.

Hmm interesting statistic....well....it is to me anyways.

So how have I been feeling up until now then? Well doctor I didn't know it but by comparison I still think I was stressed to some extent for that period. In fact I know that for a fact. Not stressed in the conventional sense of the word where you're out and out fight or flight but some half way house between there and my recent chilled out state.

Stress basically seemed to come in waves, ups and downs depending on the situation. It was worse when in employment and under the gun to get a job finished but post-employment I was still feeling it in the stomach if there was any drama items in my life.

Now though? Well don't seem to mind even what could previously have been deemed one of the heaviest of stressful items.

Case in point..last week I logged into the UK Inland Revenue Self Assessment site to register for this year since I'm back to being tax resident here, only to discover I had a 100 GBP fine with interest penalties accruing since I hadn't filed for last year.

What the fk?!? Sht!!Fk!! Then headless chicken routine..

Well that would have been my usual response in work time conditions since my BS levels would already have been off the charts before any news. Now it produced a little bit of a rush and then I got on the phone to someone up in Newcastle and it was dealt with straight away, the fine is now gone. I was US resident for last tax year but I needed to tell them that since they apparently aren't mind readers. Who would have thought?

Point is it was only really that instance that showed me that I'd turned a corner on the whole uncoiling deal, coping with the curveball crap life sometime throws up was a lot more straightforward and relaxed.

Looking at history I'd say the roughly 10 months uncoiling was about right for my previous incarnation too, the Dividend Nomad years. That time I finished in December 2017 and started to feel this phase shift to a kind of cruising altitude when we were in Cyprus which was about October 2018. From there on I felt this same relaxed feeling.

So yeah it looks like based on my limited experience in this area that's it.

Like I say good to know. i.e. if I ever take a stressful job it takes me exactly 10 months to climb down off the ledge and stop experiencing underlying stress.

No idea if this is the case for everyone out there, we humans may work differently from a biological perspective after all. I know some folks retired years who are just highly strung by nature and fly off the handle for no good reason.

From a trading perspective I also did something I've never done before.

I sold some Williams Sonoma (WSM) exactly half of it in fact at the $180 price. No dividend cut, no bad earnings, quite the opposite in fact.

Reason being the valuation was sitting insanely in the green after it was bought in the depths of March 2020. To clarify I didn't sell out of it I was just taking a little off the table and redeployed it in adding to the existing position in British American Tobacco (BTI) at about $38.

I still am a believer in WSM, now as much as ever but I just sometimes don't like doing nothing when it looks like a company is heavily overbought and I can use the proceeds for another stock that can be set to work boosting our dividend income a little.

Did the same in the Roth account but that time used some WSM proceeds to buy AGNCP which is a mortgage REIT Preferred with a roughly 6.4% yield.

Finally now that the work on the house is drawing to a conclusion I've been scouting around looking to maybe replace it with some kind of a side hustle. Never been a fan of the idea in the past since I've always viewed it as reversing any retirement psychological feelings. Also don't want to take something on that would undo all this newfound uncoiling good feeling, the preference would be something that would just keep my brain active.

Not rushing into that idea though since the extra income isn't really that important. Will see how it goes.

Posted by Diversifieddividends4life at 11:21 AM No comments: