We're moving back to Savannah!! 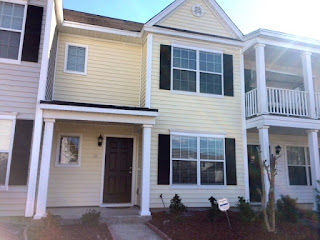 In all seriousness life is going great on this little island but sometimes when I write it doesn't quite feel authentic for anyone reading who's living in the USA and can't get a visa to move longer term or simply doesn't want to leave their family and friends behind but at the same time still wants to quit their job and live a more free existence.

There is some reality to all this too, when we exited the Savannah back at the end of 2016 we always had a thought in our heads that we would return one day and that still isn't entirely off the table. The place has a lot going for it like being allowed to drink alcohol in the street in the squares, similar to New Orleans. Also there is this other thing where you're allowed to drink alcohol in the squares.....lol.

But besides that the winters are pretty mild and there is a relaxed atmosphere that we loved there. In that respect there are some similarities between the Isle of Wight and Savannah, the driving around here is also pretty slow...

So this hypothetical situation really entails the someday reality when our rental property there becomes available once more. The current tenants bail and we catch the flight back over there to work on it or live there indefinitely or both...

First off the primary concern would be medical. This was always our major Covid concern before we exited Oklahoma back in june 2020, winding up on a ventilator and getting hit with an astronomical out of network medical bill that wiped us out. But let's assume our USA return would be in the post-Covid post-vaccine world when we're all jacked up on Astra-Zeneca's finest..(the one where they are touting it's ability to teach your body to fight off any future SARS outbreaks..yeah that's the one)

Beyond that we would be down the rabbit hole of whether we return on travel insurance or jump face first into the Affordable Care option. I would guess we would use the former first and if it looked like a longer, workable stay then default to the ACA at the next open enrollment.

So here goes with the second because I think that's more applicable:-

We live in Savannah in Chatham county, Georgia so let's survey our options based on our $24000 per year salary which has a subsidy of $943 and our monthly on a silver Caresource plan is $177 per month with $1800 deductible and dental, vision covered. No idea if this or the alternative, Ambetter is a good company though.

But $2000 per month is actually a realistic figure when you factor in that we have no mortgage on our place.

We bought the house for $118k, now worth about $150k if you believe the property tax and realtor folks. 3 bed 2 and a half bath townhouse. Believe me you do need those 2 and a half baths living in the Isle of Wight place with one bathroom taught us that...

The point is I still to this day believe a property for $150k is actually affordable and pay-offable to a large percentage of folks when they finally quit work. Maybe I'm being unrealistic?

So there is your first assumption...paid off mortgage or downsized from a McMansion.

So you're still free to the tune of $2000 with a roof over your head. What about the natural overheads for that roof over ones head?

So for ours we currently have all insurances, property taxes, city taxes, HOA at $325 per month. That includes hurricane insurance though since Savannah is in that world where that can be an issue in the season. Price you pay for pretty weather most of the year...

Why HOA? Well we can go back and forth if you like but you're more than welcome to the neighbor angle-grinding his 1974 Chevy in the driveway, experience taught us we like some HOA because people can be a little, well, selfish at times. Just not a crazy aggressive one about exact grass blade height etc.

Next we then have the other bills as we walk through the door on day one:-

"Eh? Isn't this Savannah that's brutally hot all summer? No way is that $50! My buddy lives in Florida and pays 5 times that"

The property is a townhouse so doesn't have windows on either side which means the blazing sun only hits front and rear. Mainly at the rear two windows since the back door is a solid. So if during the day we keep the blinds shut back there and maybe even add some blackout curtains we're good.

Also the property is slab so no heat is coming up from below either, unlike our old house on Wilmington Island which had a large crawl space and would struggle to cool all summer.

In Savannah we only really ever used ceiling fans too, the air con just wasn't on that much.

This gives us a $700 per month total per month with the medical in there.

Beyond this we have groceries. This is always seemingly the big ticket item that can make or break a retirement as it can vary so wildly. I like to go worst case with $1000 per month like I did in the figures before I retired again this time around.

Beyond that there is only really the car to consider.

Toyota Corolla. Very strict on this rule too and it comes down to running costs, resale value, reliability etc.

Ideally ex-fleet rental car to be sold to CarMax on the way out the door.

Car outlay would be about $5-6000 and running costs used to be around $150 per month including gas, tags and insurance.

To cover the bills we'd be using the $675 per month from dividends in the brokerage.

To cover the groceries we'd be using all the proceeds from the Southport apartment rent which is $700.

Making up the remaining $625 we have two choices, either we rent out the current place on the Isle of Wight via Airbnb or we can leave the place empty and use the Roth and Traditional IRA dividends and just pay the 10% penalty or maybe even look into a 72t. I don't really care about paying the 10% though to be honest for however long it's needed, life is short and we never know if we'll ever even make it to full retirement age.

That last $625 could just as easily be $850 if other incidentals come up but we have to be careful not to blow the ACA subsidy by having too much income. The more income we take the more we get penalized losing the subsidy so it's definitely a high wire act.

So that's about it, I sincerely believe we could go back to the USA and live in Savannah as and when the property comes available based on the above figures.

The main reason I prefer being on the Isle of Wight though is because we only need income of $12000 to live comfortably including a small car and we can use the extra to invest and put more towards traveling the world etc. Also don't have to be too worried about the health insurance side of things like in the USA.

Ironically though as I've been writing this we've had an email from the rental agent to say the tenant wants to extend another year, that said I think the premise of this post has been pretty useful.

When we were traveling the world for Dividend Nomad we arrived at the final conclusion that it's possible to live in most places in the world for $1500 per month so it's pretty cool that the USA only needs another $500 even though we are mortgage payment free..

Good to know for future reference and hopefully this post can also inspire a future retiree.

Posted by Diversifieddividends4life at 2:45 PM