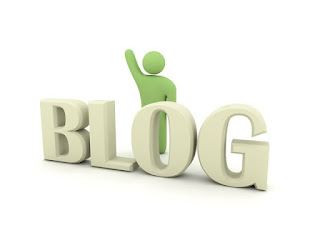 Going to start this post by pondering the above question. I mean it would be easy right now to continue with blogging retirement (beyond early retirement that is) but to be honest something's been sitting in the back of my mind bugging the crap out of me.

There's this idea now that's settled in that my old boss and his type will be sitting there all self-satisfied with themselves due to the pandemic, resting easy that the idea that FIRE is dead. RIP FIRE with accompanying maniacal laughter (well, I never said the guy was sane) No longer will any of us stooges even dream of early retirement because the next pandemic could be just around the corner, ready to scoop up our hard earned savings and dump us back on the street.

As you can see the world needs FIRE bloggers more than ever, even if it's just to have everyone to quit reading the media fear machine, chill the f out and demonstrate that it's all still possible. It's just that now it's more important than ever because...well, look at the damn unemployment figures for crying out loud. They pretty much binned EVERYONE the moment the economy took a dump. What the actual??? Passive income is critical now more than ever. 2008 be damned, this is the real deal.

So...yes I just quit my well paying secure job in the middle of a pandemic, but I had a lot of faith in the return to FIRE status because we'd already done it before. For the record I've sold some dividend stocks for companies that decided to "reset" which is the new buzzword for dropping you down a paycut. A lot of them pissed me off too because their balance sheets were not even justifiably bad enough to not hang tough through the worst of it. I'm still ok with dividend suspensions as long as we carry on where we were beyond the second wave if that's where we're going.

In better times I was going to keep most of these companies through thick and thin, turns out the downturn makes you think entirely differently. Especially when you notice all the Preferred's continue to pay or suspend cumulatively while the common get's it's a$$ handed to it. So stepping into the DeLorean and reverting the portfolio back to 2012 made a lot of sense, it was my own fault for getting too fast and loose and top heavy with common's. My mistake, lesson learnt moving forward.

As for work I still find myself wholeheartedly disagreeing with Kurgan's theme by Queen from 1986 song Gimme the Prize:-

"I have something to say....it's better to burn out, than to fade away"

Screw that noise. Nope, not buying it Kurg's, fading away suits me just fine...

So if we need to crank the blogging machine back up to remind people there is still hope and your boss is still wrong with the worst fears mind-melt then let's just get back on with it. Also looking to be a bit more ego-conscious as the world has plenty enough of that going on, overdue time to put it in reverse. You still won't find the site on social media desperately seeking likes or little hearts because it still doesn't believe in any of it anymore. Coming up to one year social media free and don't miss a single nano-second of it.

So far so good on ditching bluehost too, had to pay a fee every year to keep Dividend Nomad going so not very FIRE friendly is it...No more!! Blogger is free so if I choose to take a bit of time off and not blog for a while it's fine. Even the DD4L domain name was bargain bucket half price off.

Anyways just thought I'd put something together now that I'm starting to really feel FIRE free again, been out running one day on one day off here on the Isle of Wight since the bike is still at Mom's house up north. No more daily schedule meetings to dread. Looks like we'll be IOW residents for a while now all being well and that suits just fine. Love it here.

On the subject of stocks I just sold out fully from Armanino Foods of Distinction due to their dividend "reset" and pivoted to the still paying cumulative Preferred G of EPR Properties for just over $18 (EPR/PRG). Yes EPR is still a kinda shut shop-ish but I still believe that Top Golf and Cinema's will be back someday. Call it faith in my fellow Americans.

Also in the Roth after the AMNF ditch off I picked up some natural gas utility Spire Preferred Series A (SR/PRA) again going all for the Preferred's in lieu of some of the long held dividend payers that can't survive worst case conditions.

Did consider resumption of publishing the entire portfolio which is now on to about 170 stocks but what is concerning is the idea that anyone will copy an idea while it is in such a state of flux right now. I'm honestly dropping any common dividend resetters like hot sh#t and swapping for Preferred's so would feel hard core guilt if anyone copied and lost out as a result. Maybe scan Quantum online filters to crib similar ideas?


Posted by Diversifieddividends4life at 7:48 AM