This time it's different 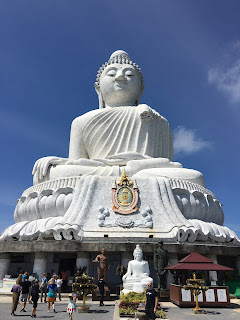 The last time we retired was back at the end of 2017, we spent some time back in the UK seeing our families for Christmas and then proceeded onwards to San Luis de Sabinillas for a month on the south coast of sunny Spain and from there Dividend Nomad was born. I remember it like it was yesterday, heading out on a fine sunny January day to my favorite spot on the veranda where I used to sit there in the sun pondering the stressed out, burned out world of corporate USA we had just left behind. Aaah bliss.

The current freedom and the feeling that you'd aced the game, scaled the mountain etc etc.

You could call it smugness or some other negative perceived emotion but in my defense I did keep it all internal, so maybe it get's a pass as just a form of internal congratulation.

I do remember thinking as time went on though how I'd fallen into the same trap all over again. By nature of my glorifying and patting myself and Mrs DD4L on the back for a job well done how was life any different to the corporate world of pressure and deadlines and the associated success versus failure?

All FIRE had become was yet another, be it longer term this time, deadline. Like most that had gone before it my boss would have been briefly happy with the accomplishment before turning me loose on yet another considerably larger challenge to make my already burned out life miserable again.

Psychologically by becoming FIRE my corporate-ingrained personality type was such that it would be waiting for the next challenge very soon or my reward-dependent ego would create merry hell and make me depressed. 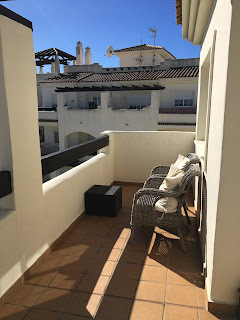 This FIRE was good for a couple of months and riding this high has been great but what next?

But for some of us, beyond corporate life there is no real "what's next?" up that mountain. Been there done that. No need anymore. That's it pretty much unless you count seeing all the countries of the world on your bucket list or creating a new, entirely different pathway but with the same deadline-pressure thought patterns.

So how do you satisfy your mind and ego in that instance? How do you stop the silly Jack Russell terrier yapping away at the backdoor wanting to be unleashed on the next opportunity to again prove it's superiority to the world?

The fact is I had no clue how to stop those thoughts and after a time I began to get restless again, thinking I needed this all to mean something. I had to have retired to something? Right?

Looking back though I now realize the ego was still heavily in control, I was never destined for Slacker FIRE happiness until I could 100% dismiss it and send it on it's way. Dividend Nomad was doing no favors to that effort, with it's self-imposed bi-weekly deadlines to come up with content, writing the book, seeing the world. It was all the same damn thing but without the boss breathing down my neck anymore.

I also had the belief that Dividend Nomad had to be a money making venture so set it up as quickly as possible with google advertising. Again another measurement of success versus failure for my ego to hang it's mood on. Along with all that comes the Social Media presence to boost traffic and likes of the pretty pictures from where we traveled, not to mention the dreaded twitter feed that never felt in any way in tune with my personality.

There was no way my FIRE experience was ever going to be a happy one with all this going on...the mindset was the problem. The whole venture was all based around success versus failure and FIRE is not that, at least not to my mind. I just didn't realize that yet back then.

In fact the only discovery came as we were heading towards the Sahara Desert for the camel ride finale of Dividend Nomad. It all had to stop. The Social Media, the constant pressure to produce original content on a bi-weekly basis, the updates of the portfolio, the judging myself based on the success versus failure (dividend cuts) of the stock picks. It all had to stop. Or at least continue on without my efforts. It was time to get off the roller coaster of emotions and get the ego in check.

So stop it all we did. Dividend Nomad is no more, social media be it Instagram, Facebook, Pinterest..and the dreaded Twitter..all profiles deleted. The book even got pulled from Amazon because even it had become a success versus failure barometer so it too had to go.

Wow what a relief...we finally got off the roller coaster.

Only then by mid 2019 did the relaxation really start. The big switch-off kicked in and life really began to make a lot more sense. The Southport apartment rental was nearing completion and ready to start earning us income too. We then proceeded from October to hang out at the pool of an Airbnb in Davenport, Florida for a month, walking or taking long runs around the subdivision, watching the Cranes and Egrets and enjoying the sun. Walking around Disney Springs while the world was hard at work. Life truly was pretty amazing. This was what FIRE was all about.

But the ego wasn't done yet, not by a long shot. That inner yapping Jack Russell was having none of it. We needed to invent some mystery goal we'd never achieved to prove something that on reflection never even needed achieving.

We'd never worked a US military aircraft contract....and that mattered why? To keep our skills going because fear-driven ego told us we could risk never working again and would run out of money. So off to Oklahoma we jolly well trotted. Set ourselves up in an apartment and proceeded to again satisfy the ego with more deadlines, more pressure, more scope for burnout...would we ever learn?

It was only during that time though that we finally got to understanding the ego acknowledgement process. The basic premise where you simply acknowledge the thoughts that are your ego and let them drift by and don't act on them. Also cut yourself some slack instead of being a bull at a gate all the time constantly trying to prove yourself.

That it? Really? It's that simple? The key to a happy Slacker-FIRE is to simply acknowledge ego-driven thoughts (be they fear, gloating, greed, jealousy, you name it) but not act on them? Then you'll be happy and finally get to enjoy life for real with no nagging doubt?

Well yeah, pretty much. Seems to be the case.

Oh and regular exercise, meditation and yoga still seem to help a great deal, a regimen that got kicked off in Oklahoma and continues today in FIRE....the second coming (let's not need a third please)

This time it's most definitely different. The pressure of blogging success doesn't exist anymore, in fact the pressure to be any form of success or perceived popularity goes the same way. Not necessary. Nothing to prove no matter how persistent the ego becomes, and rest assured it will always be there. Most likely still the reason I'm typing this right now.

One of the best examples to think about ego's silliness is like when people support a sports team and and the ego treats it's championship success or failure like an extension of themselves. A situation the fan has zero control over but still the ego hands down a depressive sadness in the event of failure. We humans sure are strange creatures..I'm neither a quarterback nor a star striker but the ego seems to think I should be in order to affect the outcome of a championship. How very odd.

Part of the human existence seems to be learning that life is a constant voyage of self-discovery and enlightenment. Right now the discovery of ego and the acknowledgement of it's many oddities that affect day to day life and subsequent decision-making is the current chapter we're working through.

Last time FIRE for us was a trial run but this time it's most definitely different.


Posted by Diversifieddividends4life at 3:17 AM