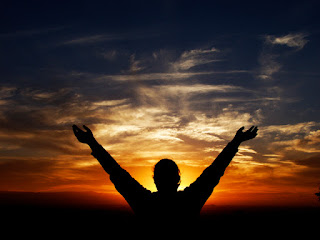 Well what can I say? Other than that a lot has happened since my last post on DD4L..

I'm back retired again!! Yehaww!! Felt like it was never going to happen.

To be honest I quit writing about the big build-up to re-FIRE because it seemed to be putting way too much pressure on the process and as a result flights didn't seem to be happening. Very frustrating. We were going backwards and at times it felt like I would be stuck working forever.

In the end we wound up re-booking our flights to return from Oklahoma City to the UK, Delta made one final change too many with flights rescheduled last minute via Minneapolis and Detroit that were just too unrealistic. We cancelled and switched to whole new flights on American Airlines via Dallas/Fort Worth to London Heathrow. These flights were way more realistic since they were actually happening regularly.

So the 2 weeks notice went in to the employer, we sold the Toyota Corolla to Carmax for a decent price all things considered and got on with the task of bidding a farewell to OKC.

In the last week or so we did start to have our doubts about whether we were doing the right thing? It is a little against the grain of conventional wisdom really to quit a job during a pandemic to return to passive income in a country still locked down, especially with all the dividend cuts and suspensions that have been hitting lately.

......but whoever said we were conventional? FIRE in itself isn't even conventional. Quitting your job early flies in the face of our social and news-media driven fear-based modern society, that's the main part of it's appeal.

Fact is all we were really doing was quitting to return to our regular FIRE lives that we were taking a brief sabbatical from.

Beyond that though I can admit now that I was actually getting ever concerned about either of us catching Covid in the USA where high deductible-out of network medical bills can pretty much bankrupt the unsuspecting, extinguishing any FIRE aspirations immediately in one foul swoop. Not worth the risk..sorry, we've come to far to have it all snatched away at the last minute. The USA had to get smaller in the rear view...zero choice.

So fly back here we did, landed in Heathrow and grabbed a cab for an hour to Southampton. All of this masked-up and social-distanced to the hilt. Actually was quite a relaxed and common sense process that seemed to go pretty well.

As far as the UK goes our existing Southport apartment that we completed work on last year is now rented out so we had the opportunity to clean slate it this time around. We decided to clean slate in the Isle of Wight off the south coast of England in a town called Cowes, the same sailing town where the yacht racing happens every year (Covid permitting) 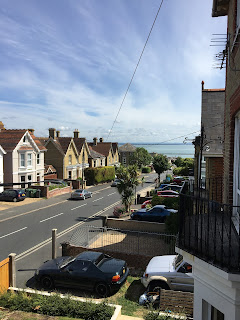 Additionally in that process we took away the healthcare issues and returned to the free, more early-retirement friendly National Health Service model. At least if anything does go wrong we now have a chance to be taken care of with less chance of FIRE being financially jeopardized.

We've been in Cowes about 3 days now and initial impressions are, well pretty cool. There are a lot of steep inclines so our fitness levels are definitely increasing rapidly which is a good thing after 3 years spent in the flat, pancake-like lands of OKC and Southport UK. As I type we are sitting in an Airbnb for a month priced at 1100 GBP for the month (usually about 900 GBP per 2 weeks in a non-Covid world) beyond this we are trying to lock in a 6 month rental for about 525 GBP per month which coincidentally is the exact rent figure we receive from the Southport apartment. Perfect swapsie scenario.

If we can lock in for 6 months our thought process is that sees us through the other side of Christmas on this new little island home of ours and get's us back to 6 months UK residence to facilitate cheap travel insurance from here. IOW also feels a lot more of a place we would be ok to be locked down in this time around, the US lockdown like I say was way too insecure. One ICU visit with potentially a month on a ventilator would take quite a chunk of change out of the funds. Every grocery visit was just this huge paranoia-fest that we were going to be heading to the ICU with the Rona.

Those concerns do now seem to have abated a little, such that in the event we need to stick it out here on an island of 120k people longer term than imagined to get us through any potential second wave then so be it. Not ideal, would still prefer to winter in Spain as usual but these are black swan times we're living in and adapting is necessary.

You may recall my previous blogging name was Dividend Nomad? While that chapter is now history and firmly in the past there is still a part of me that feels like the Covid world changed a lot of the dynamic with that lifestyle anyways. I had zero clue how a pandemic could alter that Nomadic lifestyle until now. Seeing a lot of my previous blogging counterparts stuck in parts of the world with questionable China-leaning brush-under-the-carpet responses to the whole pandemic had me really beginning to question the whole Nomadic lifestyle more than ever.

The premise of Nomadism is freedom and pandemic lockdowns struck right at the core of that freedom in a heartbeat. From our own perspective the UK-based travel insurance we were carrying to live in the USA even made us into naughty children that needed to get back to the UK or they would drop coverage immediately. We scrambled for the best US short term medical alternative we could muster, hence the subsequent paranoia generated. In all honesty while being the best we could find for our sub 1 year in the USA the insurance did carry with a lot of horror stories of non-paying in Covid cases. Yikes.

The question really is will any of the travel insurance companies even cover pandemic from here forward? Also in the event a Nomad chooses to "go it alone" how will that play out when you're thousands of miles from home locked down in a lesser developed nation that doesn't want to offend China by acknowledging it's death rate. The reality you now face is being stuck in one of these places having caught Covid and hoping for a sufficient level of care to get you through. My guess is you need to have one eye on a potential exit flight at all times.

I suspect we'd be fine stuck in Italy, Spain, France, even Turkey but I'd be lying if I didn't say a lot of the less, shall we say hygienic places concern us greatly now.

Does this mean we sit on our little island and go nowhere now though? In fear of a 2nd wave? Or  some new bat flu?

No. Life is for living and fear has no place in our lives despite the mainstream media's best efforts to convince us otherwise. From here it simply alters the way we think about travel and the destinations we are heading for, making us just a little more wary perhaps.

We're not saying Nomadism is dead in the water, just that it likely has to be thought through more in a common sense way and that we've added an extra "what if?" to the questions buzzing around our heads. Additional to the riding of scooters, eating that street food and staying cool when the Dubai flight goes over the war-torn middle east airspace etc.

Elated and couldn't be more proud to be back once more a FIRE early retiree tip-tapping away on the laptop and yes in this insecure pandemic world. It's still exciting, still love it and still recommend it to anyone!