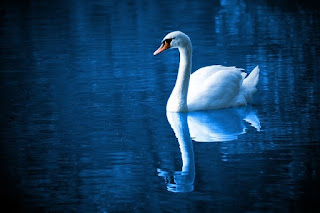 Interesting times in which we live is quite an understatement..

As I write this post both myself and Mrs DD4L are in lockdown in the OKC apartment, well sitting out on the sunny balcony listening to the birds tweeting away. We actually don't have a clue what the future holds and the retirement countdown I lead the blog with has a pin in it for now until we know more.

I could quit right now and go back to being FIRE but to be fair life would be no different since I'm in the exact same place I would be anyways, only difference being I wouldn't be opening the laptop at 5am to work on aircraft designs and would be on the hook for the monthly overheads of the apartment. The alternative would be to catch a flight back to the UK and risk catching Covid-19 at any point between here, ATL, London and wherever we wind up, assuming anywhere is open over there which it currently isn't. So here we stay for now and just keep a watch on the situation taking it day by day. Life could be a lot worse and is for some poor folks so count the blessings..

Not being a medical expert by any way shape or form the way I understand the virus and reasoning for it's subsequent fatality rate seems to be an aggressive lung inflammation when the body over-reacts to the virus and chokes off the oxygen supply requiring the use of a ventilator. The suggested resolution seemingly being malaria medication to reverse this inflammation, seems logical enough. It looks like the fear originates from our lack of ability to predict how our own particular body will react and how much inflammation we're likely to see in our personal case, this roll of the dice being the concern item. I would think that if you already carry pre-existing lung damage or scar tissue and are more prone to inflammation then the malaria medication would be the 100% lifesaver, though nothing is to be assumed here. Praying for everyone to be safe and healthy out there and a rethink on allowing bats and other intermediary carrier animals to be in proximity per SARS (Pangolins) and MERS (Camels)

Anyways back to business...

The other eye opener that became immediately obvious since my last post was the velocity with which my fellow investors sold their stock holdings. The immediate thought was did I miss something? Are we at the end of days? Is Will Smith wandering around like I am Legend? Also if we are in the apocalypse scenario then doesn't money mean nothing anymore anyways so not much point in selling out and hoarding cash.

But the selling...jeez. It was insane and worse than I've ever seen before. What happened to all that advice about hanging in there in the worst case? That all seemed to go out the window.

As far as the DD4L portfolio goes though we did hang tight from a stock perspective and were down about $150k at one point which would only matter if we were planning to ever sell. That said we did sell a lot of CD's, since interest rates took the elevator down to zero there wasn't much point anyways. With the proceeds we went to work continuing to build out the portfolio.

I also liken it to my childhood when my Dad used to take me around a car showroom and gaze longingly at the cars with the usual accompanying side hand to forehead look in the drivers side then a cursory glance at the price, a mutter of too expensive and then we move on. A lot of the stock additions to the portfolio have historically been like those expensive cars to me. Highest of quality and waaay out of my usual price range.

So with that said a lot of the following purchases I consider once in a lifetime buys that just don't come along every day, I couldn't believe the universe was giving me these opportunities.

So on Tuesday I dove in with buys in L3Harris (LHX) at $148 a share. That's right L3Harris!! I know right what the heck? Top quality here. On a roll I then added Honeywell (HON) at $112 a share on the Boeing and general airline weakness and overreaction. Raytheon (RTN) also got added at $113 per share, it honestly felt like Christmas.

Further down but still quality I rounded off completing positions in Old Republic (ORI) at $13.50 a share which you simply have to in these situations as well as Genuine Parts Company (GPC) at $50.55, Phillips66 (PSX) at $41.92, Discover Financial (DFS) at $26.57 and slowly wrapped up the Hasbro (HAS) position with a final surge at $43.06 a share.

Beyond all these the only one I missed that I wanted was Northrop Grumman (NOC) which never dropped to my $250 price, it dropped to the $270's which I'm now thinking whether I should be kicking myself for not just going for it. Save it for another time though, it's fine. No reason to be greedy when the portfolio got such an amazing boost.

In the words of BA Baracus I really do pity the fool who sold all these because I never will. Ever. In my lifetime no matter what happens. I want these handed down through the generations so take note DD4L Jr in the event I succumb to Covid or an equivalent myself.

High quality aside I also decided to take on some risk and go toilet fishing for stocks that were just insanely cheap because they had been crucified by the mortgage REIT pain from all the margin calls on non-agency. I think this is another overreaction area where investors aren't taking their time to understand what they own in the agency versus non agency Mortgage Backed Security market so are throwing the baby out with the bathwater. In this area I picked up 386 shares of Arbor Realty (ABR) at about $3.86 per share as well as 189 shares of Invesco Mortgage (IVR) at between $2.60 and 4.68 a share. IVR is not for the faint of heart here as they have been hit with a lot of margin calls they can never hope to meet (thanks ever so much RBC for being kind humans in a crisis) so will take time of forbearance to shake out. Like I say that last one is not for the faint of heart and could be flushed through the sewers.

Will be continuing to keep an eye on the bargain bucket in the coming weeks and months, happy shopping to all.

As far as dividends themselves go I've been very impressed by the logic and intelligence I've seen by the likes of Chatham Lodging (CLDT) and Cracker Barrel (CBRL) both these are in the hotel and restaurant businesses which have been hardest hit so yes, take a breather on the dividend and let's see how the land lies when we get back to normal life. I used to judge companies very harshly for suspending the dividend during a crisis until we got into one, now it just seem like common sense to me. Subject to it's resuming on the other side at the same rate I can deal no problem. Kudos to Jeffrey Fisher for using his god given common sense and the board for breathing in accordingly.

Can't blame Arbor Realty either for taking a similar approach and buying back $100M shares in the panic selling, you know if you don't want our shares we'll buy them back thanks.

Who knows how long this will go on for but I do know my opinion of some of the leadership teams of companies in the portfolio has really increased. You can't beat good old fashioned common sense logic,
just makes me want to buy more in support to be honest.


Posted by Diversifieddividends4life at 1:08 PM