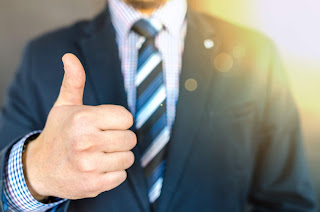 I have a question..

When it comes to work life would you rather shovel excrement with some of the easiest going, nicest people in the world or turn up for a seemingly more enjoyable job but with some of the most negative, ego-centric, hardest to get along with people you've ever met in your entire existence? (Think high school but worse)

Reason I ask this question is not only is it very applicable to my situation (and maybe your own motivation for FIRE) but also for a time period was my main source of unhappiness and wishing this OM6 would end already.

That is until I decided to think about the situation and my extremely negative and ultra-hostile counterparts differently. Fact is it isn't necessary to go shovel pig poop (unless you so desire obviously) if you can identify the source of the problem is actually you and not them. (Huh? But aren't they just being bullying d*cks? How is that my problem DD4L? Ok I'm out.)

Hold on a second.

All I'm saying is you control your reactions and responses to these and any other people in this world no matter their background, personality type or in this case, out of control ego.

In the case of my counterparts they seemingly suffer from this basic superiority ego complex that carries with it a high level of insecurity. The need is to always be right, always prove you are better than everyone else as most of the US and UK population has been raised to believe. There is no time for being easy-going in this dog eat dog world with it's consumerist demands.

I can't help that though, those are the facts. All I can do is consider how I live in their world and how I choose to think about my responses.

Doesn't help that this is also a world where people live paycheck to paycheck and thereby in fear of being unemployed so it becomes even more of paramount importance to be better than one's counterparts or risk being first out the door in a RIF (Reduction In Force) situation.

Now obviously RIF's don't bother me or any other FI folks reading, neither does being unemployed since FI took care of all that long ago but I still need to be able to work around folks that aren't in this same advantageous predicament.

For the record my reasons for coming back and doing this job still exist. To be involved in an exciting, meaningful design project is still there alive and kicking. I also work for one of my best friends who so happens to be my boss and a wonderful human being, he comes over a few times a week and we chat about everything since he's also got FIRE aspirations and has a lot of wisdom. The problem is this brought about  a lot of jealous, insecurity issues in my surrounding compatriots.

My initial response to the hostility was to just go into full lock-down mode and keep my mouth closed, listen to Strauss and get on with my job. Good move right? Like Mum used to say, just ignore them and get on with it.

Unfortunately this only antagonized their ego's further because I wasn't feeding the negativity and that is really the biggest problem, when someone is wallowing in their own world of negativity and hostility they still have a need to feed that internal demon. They want to incite a negativity in you and cause an argument to get their fix and allow their negativity to build into a high.

The conversation went along the lines of:-

In a hostile voice "What's your deal? What are you doing here? You just sit there with your earbuds in and ignore us" (I removed the expletives for brevity)

This is one of those strange instances where your brain get's caught off guard and you don't quite believe what you're hearing, where the defensive response is to get pulled into a silly meaningless argument you don't want. You also wonder if people are still allowed to be this hostile in a modern working environment without being fired?

My response? In the most jovial voice I could muster when being cornered:-

"Well I just work here like you do, it's nothing personal. I have no animosity towards any of you I'm just busy"

These words are actually true, I tend to get lost in my work with classical music blaring away in my earlobes and I guess on the surface it does appear a little ignorant.

In that moment though I realized this was not the response he wanted, he wanted me to argue and when I diffused the situation by being non confrontational he had no further response, just stood there for a short time and then had to walk away. This was the first time I realized that killing them with kindness does actually work, I always thought it was psychologist mumbo-jumbo but you live and learn.

So do they still seemingly despise me and act hostile towards me? Yes of course they do because the emotions caused by ego and whatever painful life history is always being triggered and never go away unless you stop it yourself. You have to be willing to seek therapy to address those issues but I know my compatriots never will so it's a fruitless exercise to believe they will someday change.

My only awesome desk neighbor also insists I never leave because he believes that when I do the negativity will then be focused on him instead. Nice. But probably true though, in fact before I arrived he said that was exactly the case.

The point of this post is maybe it will help someone else who's on the FIRE path or dealing with an equally negative family member so is going through something similar, having their daily existence made a misery by hostile people. I still have days where I get depressed about the situation but have to quickly snap myself out of it and live every moment as enjoyably as I can. The trick seems to be to keep their negativity where it belongs, within them and not have it transfer to you. I know, not as easy as it sounds but believe me it does seem to work.


Posted by Diversifieddividends4life at 9:28 AM